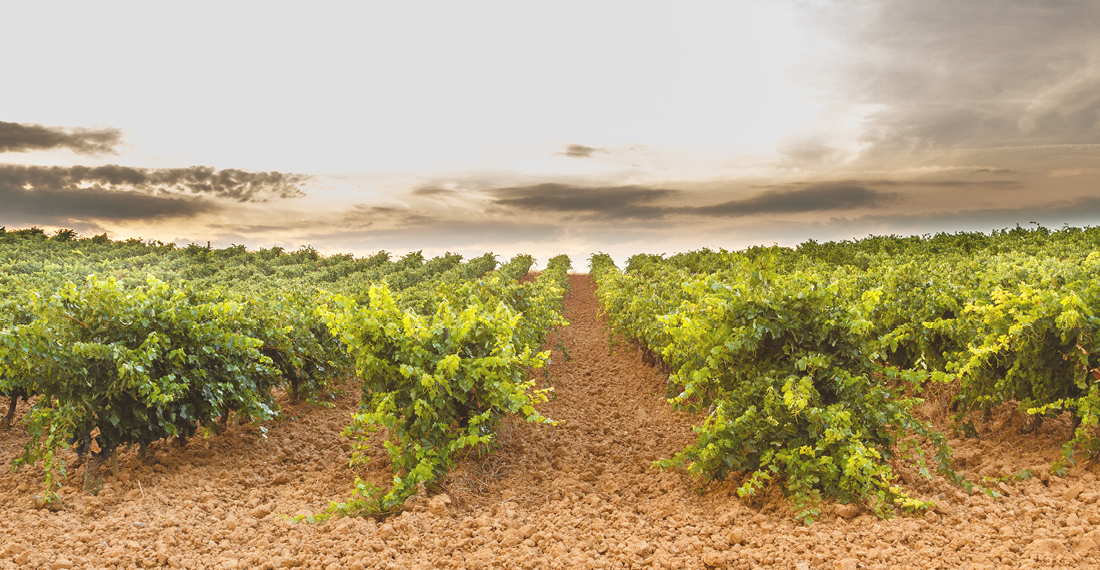 It’s one of the great success stories of the modern wine world, every bit as remarkable in its way as the rise and rise of Marlborough Sauvignon Blanc from New Zealand. Established as recently as 1980 as a Denominación de Origen, Rueda has become Spain’s most popular white wine, accounting for 40% of national sales. Think of it as the white wine equivalent of Rioja.

Rueda’s viticultural history is much older than 40 years, of course – its signature indigenous grape, Verdejo, has been grown since the XIth century and the Romans made wine in these parts – but it used to be known for Sherry-style fortified rather than intense, aromatic whites. Modern Rueda began in the late 1970s and its subsequent trajectory has been meteoric. Today it has 70 wineries and 1,582 growers spread across the provinces of Valladolid, Segovia and Ávila.

It’s no surprise that Rueda also dominates the white wine landscape in Castilla y León, with 18,020 of the region’s 70,000 hectares. As a result, Verdejo is the leading white grape in this large tract of north-central Spain. But it’s far from the whole story. In Rueda itself, for instance, you can find Viura, Sauvignon Blanc, Viognier, Chardonnay and – a remnant from the fortified wines of the past – Palomino Fino, although new plantings of it have now ceased.

Castilla y León as a whole offers even more diversity, with small but not insignificant plantings of varieties such as Albillo Mayor, Doña Blanca, Godello, Malvasía and Rufete Blanco and dozens of less well-known grapes, many of which date back to pre-phylloxera times.

People assume – wrongly – that because Castilla y León’s climate is mostly continental and Mediterranean (its north-west corner is influenced by the proximity of the Atlantic and is part of what is known as “green Spain”) it is not well suited to white wine production. But they forget about the altitude of the central Spanish plain, or meseta, and the effects of diurnal variation.

I think the best whites from Castilla y León are as good as any in the country. And with the recent decision to allow Ribera del Duero to produce whites under its DO – they used to be sold as Vinos de la Tierra de Castilla y León – there will be even more focus on the region, which can only be a good thing.

The majority of the 15 samples I tasted to make this selection were from Rueda, although two of them were made from Sauvignon Blanc as opposed to Verdejo. What struck me, not for the first time, is the range of styles that the region makes. I could have chosen any one of a number of impressive Ruedas, but in the end, I plumped for one from 100-year-old vines that sees just a hint of wood. I also like the fact that it’s made by the go-ahead Cuatro Rayas co-operative, showing that not all the best wines in the area are from private producers.

For the sake of diversity, my other two picks were from different areas of Castilla y León. The second is very unusual indeed – in fact, unique – because it’s the only white Rioja produced in the province of Burgos. The Rioja region is made up of three provinces – Álava, Navarra and Rioja itself – as well as a tiny sliver of Burgos for historical reasons. That’s were Hacienda El Ternero – named after the village of the same name – is located, close to the Obarenes Mountains in a cool, late-ripening site at 650 metres. Its white is a beautiful expression of old-vine Viura, again with just a little oak adding a patina of extra complexity.

The final wine in my line up of Castilla y León whites is every bit as unusual as that Rioja in its way. In fact, it’s one of the most exciting whites I’ve tasted in 2020. Made entirely from Rufete Blanco and grown in the little-known Sierra de Francia, a green, high-altitude area dominated by a beautiful natural park and situated around 70 kilometres from the historic city of Salamanca. Sourced from organically cultivated vines on granite soils at 700 metres, this is remarkably fresh and intense, with only 12.5% alcohol and notes of beeswax, brioche and beeswax underpinned by stony minerality. You’ll love it!!!