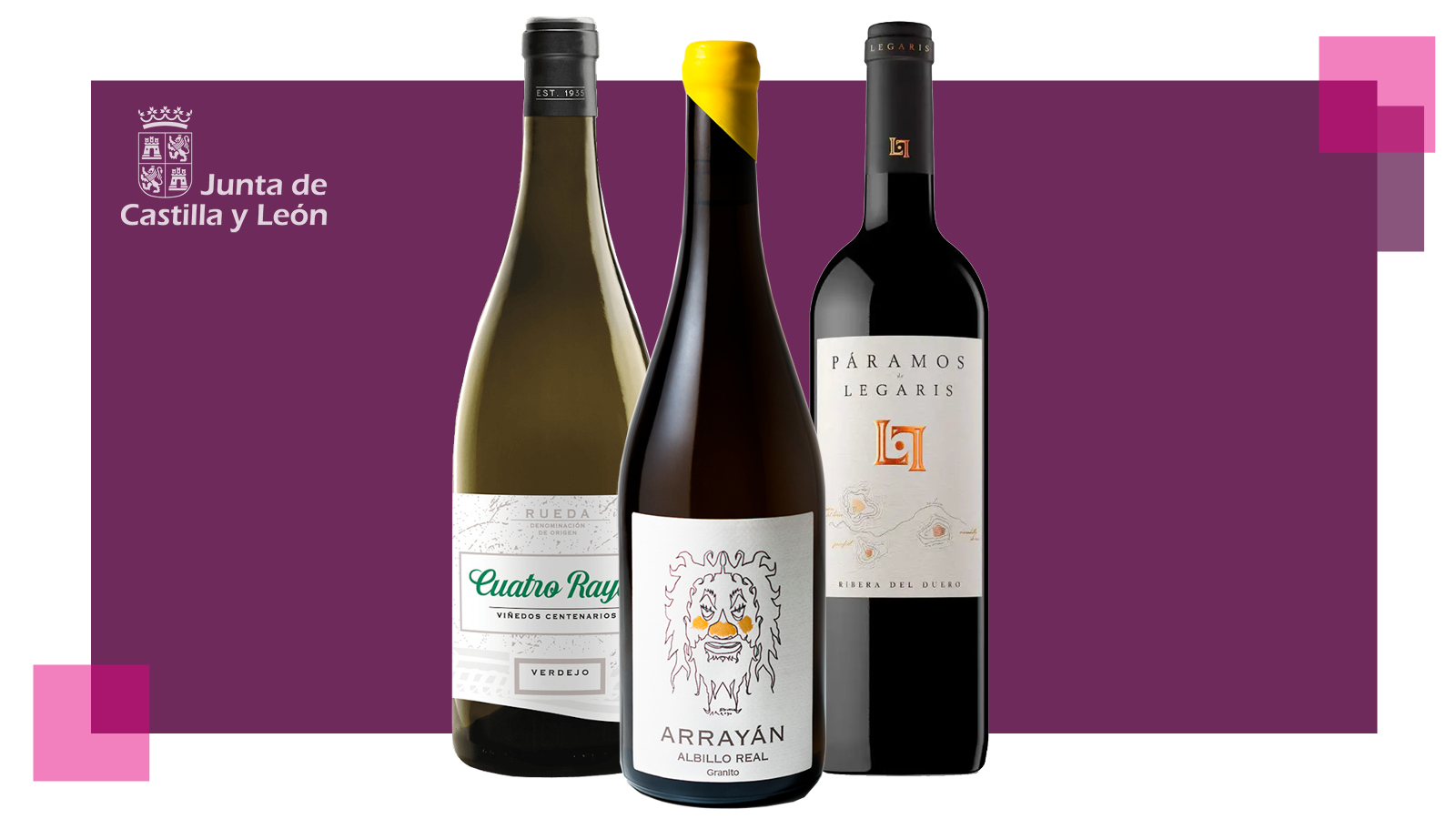 The writer Michael Jacobs once described the central Spanish plateau, known as the meseta, as a ‘land scorched by the sun, blown by the wind, framed by distant glimpses of gaunt mountains’. His words give you some idea of what large parts of Castilla y León feel like, especially at the height of summer when mercury levels can hit 40°C, but there are things that Jacobs forgot to mention. The first is castles – the region takes its name from these imposing edifices, looking out over the landscape watching for danger; the second is how cold it can be in winter in this continental climate; and the third, of course, is vineyards.

Castilla-La Mancha, its neighbour and near namesake, may be bigger in terms of area under vine, largely thanks to oceans of the neutral white grape, Airén, but Castilla y León has 70,000 hectares of its own, spread over nine Denominaciones de Origen (Arlanza, Arribes, Bierzo, Ciagles, León, Ribera del Duero, Rueda, Tierra del Vino de Zamora and Toro), four Denominaciones de Origen Protegidas (Cebreros, Sierra de Salamanca, Valles de Benavente and Valtiendas) and one catch-all Indicación Geográfica Protegida (Vino de la Tierra de Castilla y León). And yet there are parts of Castilla y León where you can drive for miles without seeing a vine, as the majority of them are grouped around the Duero river.

With the possible exception of Bierzo, which is something of an outlier in Castilla y León, closer to the Atlantic and possessing more in common with the cooler, wetter climate of Galicia, this large region is all about intense sunshine and extremes of temperature. The idea that Castilla y León is capable of producing ‘light and elegant’ wines – the theme of our first Three Wine Men autumn tasting – might seem unlikely to some. But thanks to altitude, it does. These are some of the highest vineyards in Europe. It’s not uncommon to find vines at 800 metres, and in parts of Ribera del Duero people are planting at over 1,000 metres these days. This altitude means that the grapes retain acidity in the heat.

Our tasting kicked off with a textbook Verdejo from Rueda, Spain’s most successful white wine region. Sourced from vineyards between 80 and 100 years’ old – the DO was established in 1980, but there were vines here before that and Verdejo dates back to the 12th century in these parts – the 2020 Cuatro Rayas Viñedos Centenarios is a delicious interpretation of this well-known white variety, which combines stainless steel with 15% barrel fermentation in 500-litre French oak. The age of the vines gives the wine considerable concentration, with some added texture from lees, a fresh, grapefruity palate and lots of acidity. No wonder Cuatro Rayas, founded back in 1935, is regarded as one of the best co-operatives in Spain.

For our second wine, the 2020 Albillo de Arrayán Granito, we went to the little known DOP of Cebreros, which includes some of the highest vines on the Iberian Peninsula at 1,200 metres in the town of Navatalgordo. Covering the Sierra de Gredos and two valleys – the Valle del Río Alberche and the Valle del Tiétar – this very old region is enjoying a new lease of life in the 21st century. It’s known for two grapes – Garnacha and the comparatively rare Albillo Real – and it was the latter that we tasted with Maite Sánchez, the winemaker at Arrayán. The granite soils of this mountainous region have produced a delicious white from 66-year-old vines. Picked in the middle of August to preserve freshness at 750 metres, it’s a stainless steel and clay pot-fermented white with flavours of stone fruit and citrus, underpinned by a herbal tang.

Our third wine came from Ribera del Duero, the most prestigious red wine region in Castilla y León. 2017 Páramos de Legaris was no wallflower at 15% alcohol, but this can partly be explained by the heavy frost that hit the region in April of that year, cutting yields by half in some areas and concentrating the resulting wines. Normally, Jorge Bombín’s red is lighter than this, but it still retains freshness and focus thanks to the altitude of its three sources in the villages of Pesquera, Peñafiel and Moradillo de Roa in what are known as the páramos (moorlands). Aged in older wood, it combines power with focus and palate length in a new style of Tempranillo. With climate change an increasingly important fact of life, Castilla y León has the altitude to mitigate its effects. 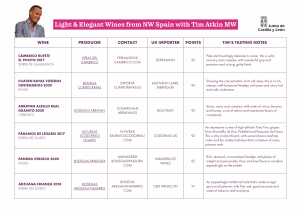 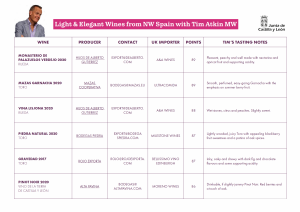 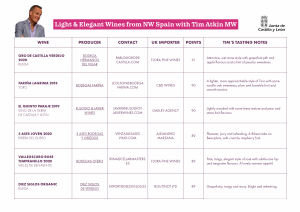