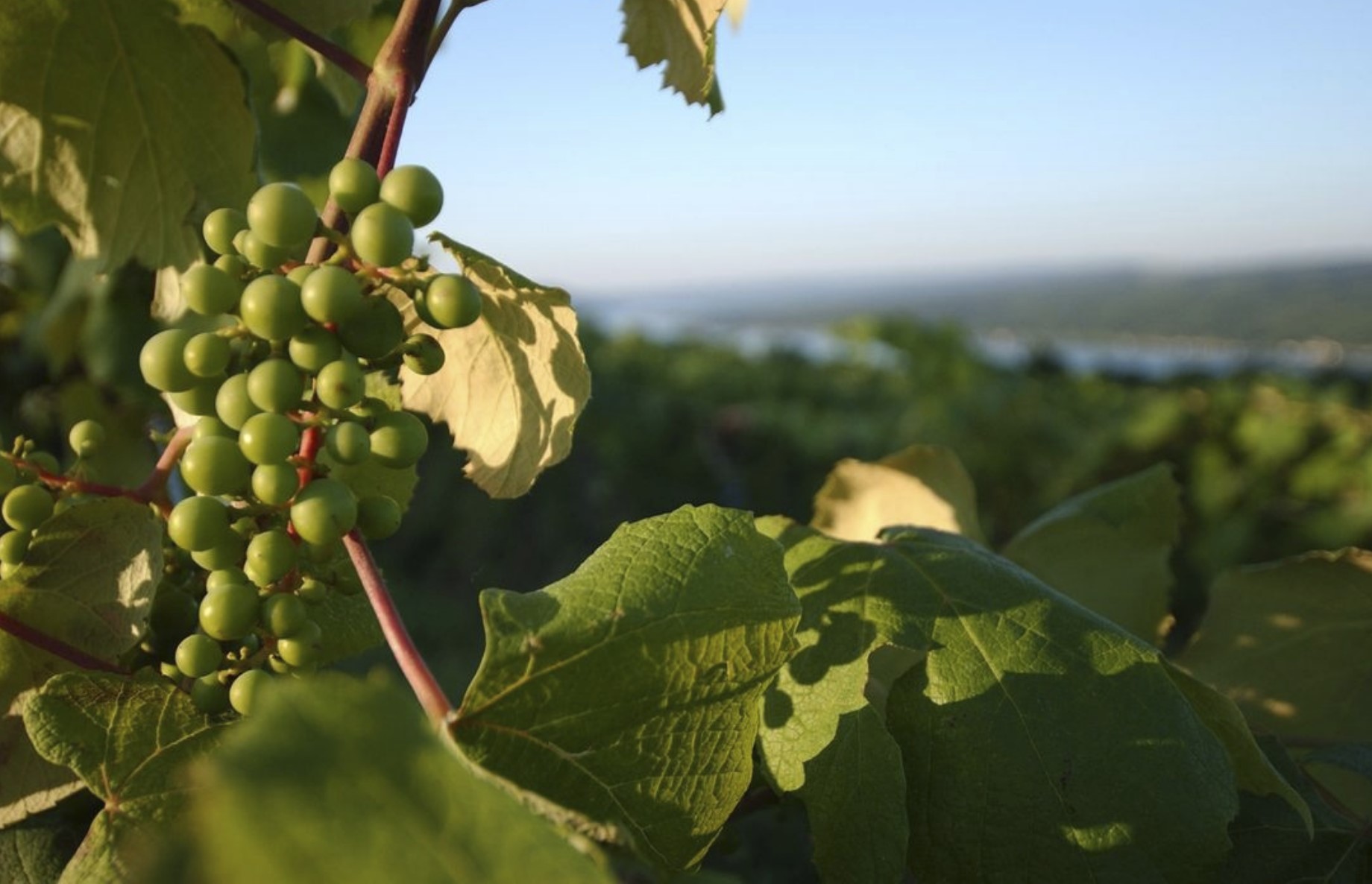 New York is both familiar and unfamiliar territory to me. The city itself is the setting for some of my favourite movies, from The Apartment to Manhattan, Midnight Cowboy to The French Connection. It’s the same with music. Chelsea Hotel, New York State of Mind and Fairytale of New York are part of the soundtrack of my life. And then there are the books: Catcher in the Rye, Money, The Age of Innocence and The Great Gatsby all have a connection with The Big Apple. And who could fail to mention the food, the canyons of skyscrapers, the unfettered energy of the place? New York fascinates me.

So why unfamiliar? Well, I’m ashamed to say that I knew next to nothing about the state’s wines until recently. I’d tasted a few Riesling from the Finger Lakes and I’d flown over the Niagara Escarpment in a helicopter on the Canadian side, circling above the awesome power of The Falls, but that was about it. In wine terms, New York was awaiting discovery. I had next to no preconceptions about its wines, which is definitely the best way to approach a region.

Steep learning curves are rather enjoyable. I’m so used to incremental increases in wine knowledge that it’s a pleasure to begin from scratch. I didn’t know that New York State’s 15,289 hectares make it the third-largest growing region in the United States, although a lot of this area is dedicated to table grapes, nor that the Dutch vinified the first wines here in the early 17th century, long before they arrived in the Cape, albeit with considerably less success.

After some false starts, the modern industry took off in the first half of the 19th century, but it wasn’t until the 1950s that Vinifera grapes arrived in numbers, thanks to Ukrainian-born Dr Konstanin Frank and the academics at Cornell University. Since then, there has been exponential growth. 88% of New York’s 471 wineries have opened their doors since 1985.

The state’s grapes reflect its history, including native ones like Catawba and Niagara, hybrids like Cayuga, Noiret, Seyval Blanc and Traminette and a list of mostly cool climate Vinifera varieties: Cabernet Franc, Cabernet Sauvignon, Gamay, Lemberger, Merlot, Pinot Noir, Syrah and Zweigelt for the reds; Chardonnay, Gewürztraminer, Pinot Gris, Riesling and Sauvignon Blanc for the whites. It’s a unique and rather intriguing lineup.

I’m told that New York can be a marginal place to own a winery. It’s been described as a case of “weathering the weather” and existing on a “knife’s edge”. But it depends where you are. There are five major growing regions – the Finger Lakes, Hudson Valley, Lake Erie, Long Island and Niagara Escarpment – and some of these, most notably Long Island, are warmer than others. For all that, the growing season is generally short and the challenges are still considerable, with mercury levels varying between -28°C in winter and 32°C in the height of summer in the more continental parts of the state.

Water – in the form of lakes and, in the eastern regions close to the city of New York, the Atlantic Ocean – are very important influences, especially as “buffers” against the very cold winters, raising temperatures by as much as 8°C. It was fascinating to talk to winemakers like Bruce Murray of Boundary Breaks and Nova Cadamatre MW of Trestle Thirty One about the differences between the three main freshwater lakes in the Finger Lakes – Cayuga, Keuka and Seneca – and the impact they have on style. Seneca is so deep that it never freezes.

It was fascinating, too, at least for this débutant, to chat about soil types, aspect, altitude and the considerable vintage variation that exists in the state. Slate and especially limestone seem to be especially propitious for growing grapes.

Does New York have a speciality? In numerical terms, Riesling is its most planted Vinifera grape and also produces New York’s most distinctive wines. It’s no exaggeration to say that they can hold their own against the best wines from Germany and the so-called Three As (Alsace, Australia and Austria), mostly but not exclusively at the drier end of the spectrum.

But as Bug’s Bunny once put it, that’s not all, folks. Cabernet Franc has a lot of potential here, as does Pinot Noir and a range of other white grapes, most notably Chardonnay. In fact, the diversity of styles is part of the appeal. So is their freshness and balance. It’s a delight to taste reds and whites with alcohol levels that are rarely higher than 13%, where acidity rather than alcohol and power is the dominant feature. In short, these are wines with understated elegance. Quieter than the city of New York perhaps, but just as engaging.

Last week, Tim hosted a trade tasting to showcase NY Wines. Tim selected his top 6 out of 30 wines submitted for consideration – all the wines featured in Tim’s NY tasting are from producers who are seeking UK distribution. You can re-watch the tasting session, or find out more about the wines shown below.

You can find out more about New York wines at their website: newyorkwines.co.uk

And, if you’re interested in contacting any of the producers of these stunning wines, please get in touch with eleanor@randr.co.uk who can put you in contact. 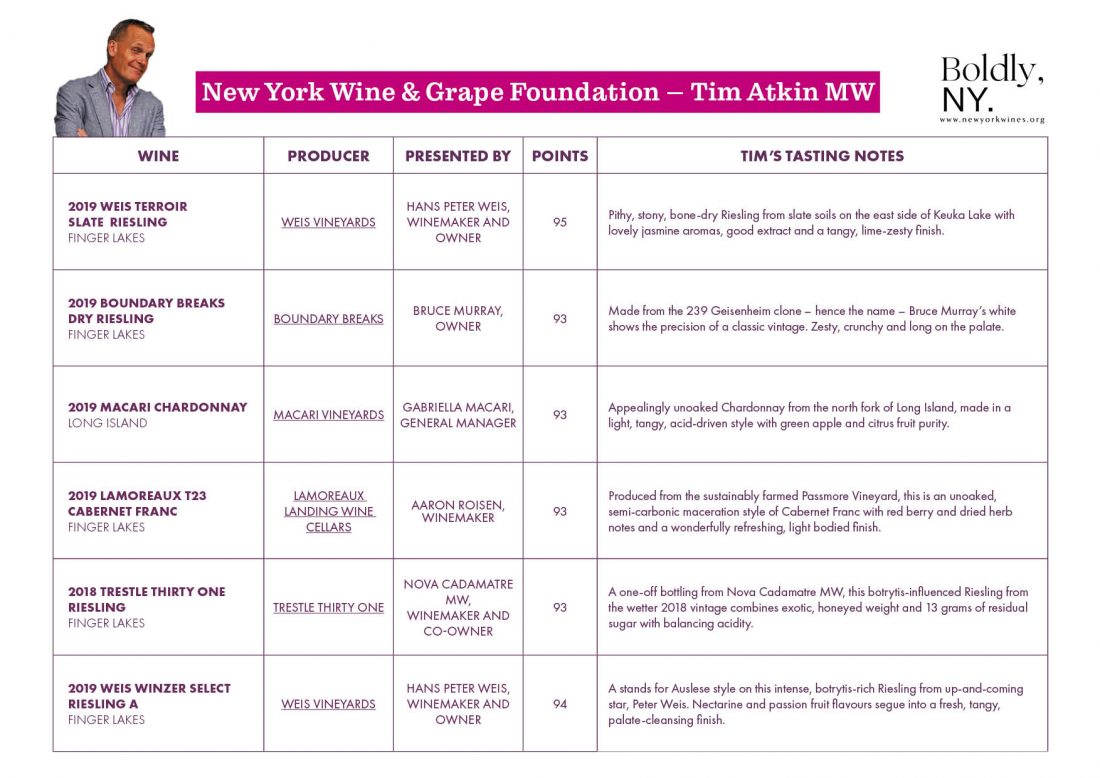 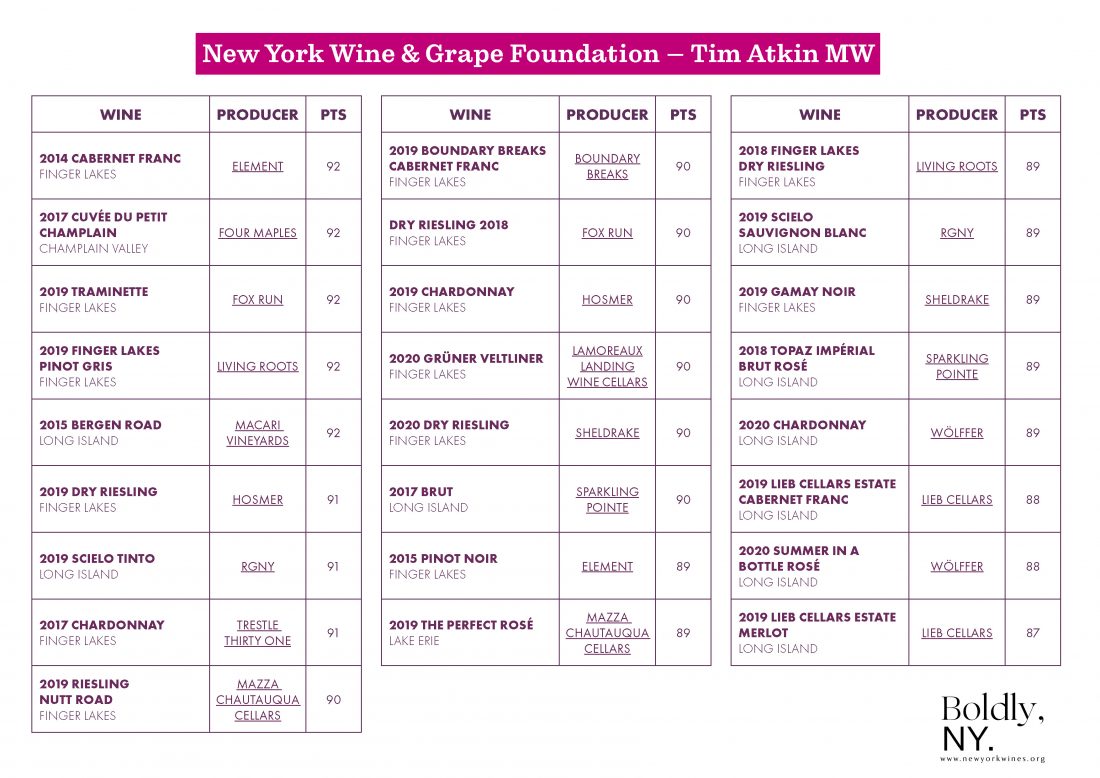