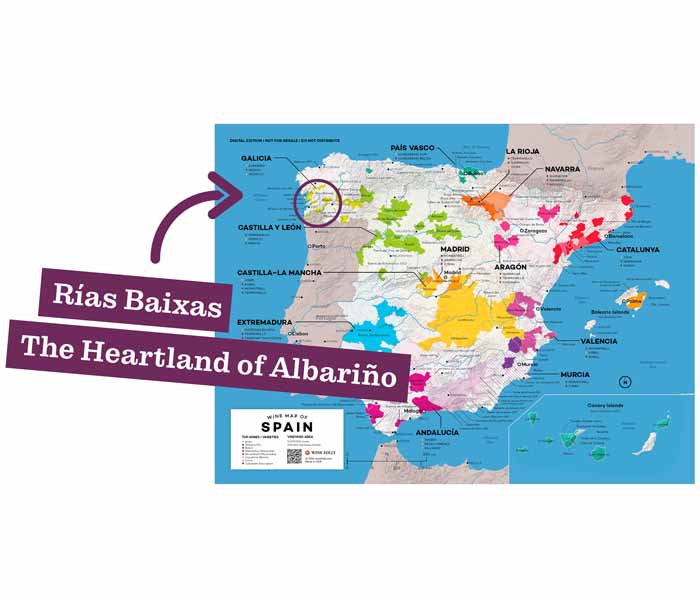 This is GREEN SPAIN!!  This is not the Spain of common perception – the busy beaches stretching lazily along the Med, the tiny white villages (‘pueblos blancos’) clinging to the mountains in the scorching south.  Here we are up in the far north west of Spain, slightly cut off from the rest of the country due to its natural borders. The Atlantic Ocean crashes on the empty beaches with all its might and the mist-shrouded, pine-clad mountains harbour many a folkloric legend. Here you can feast on a cornucopia of fresh seafood hauled out of the ocean and straight on to your plate, washed down, of course, with a delicious glass of silken, citrussy, sea-salt fresh Albariño.

parts of Spain and this abundance of water creates the verdant landscape, which is where the term ‘Green Spain’ comes from.

Rías Baixas, often described as the definitive ‘heartland’ of Albariño, has the perfect growing conditions for its native grape variety, showing Albariño off at its absolute best.

Find out more about this incredible region and its wines at riasbaixaswines.com