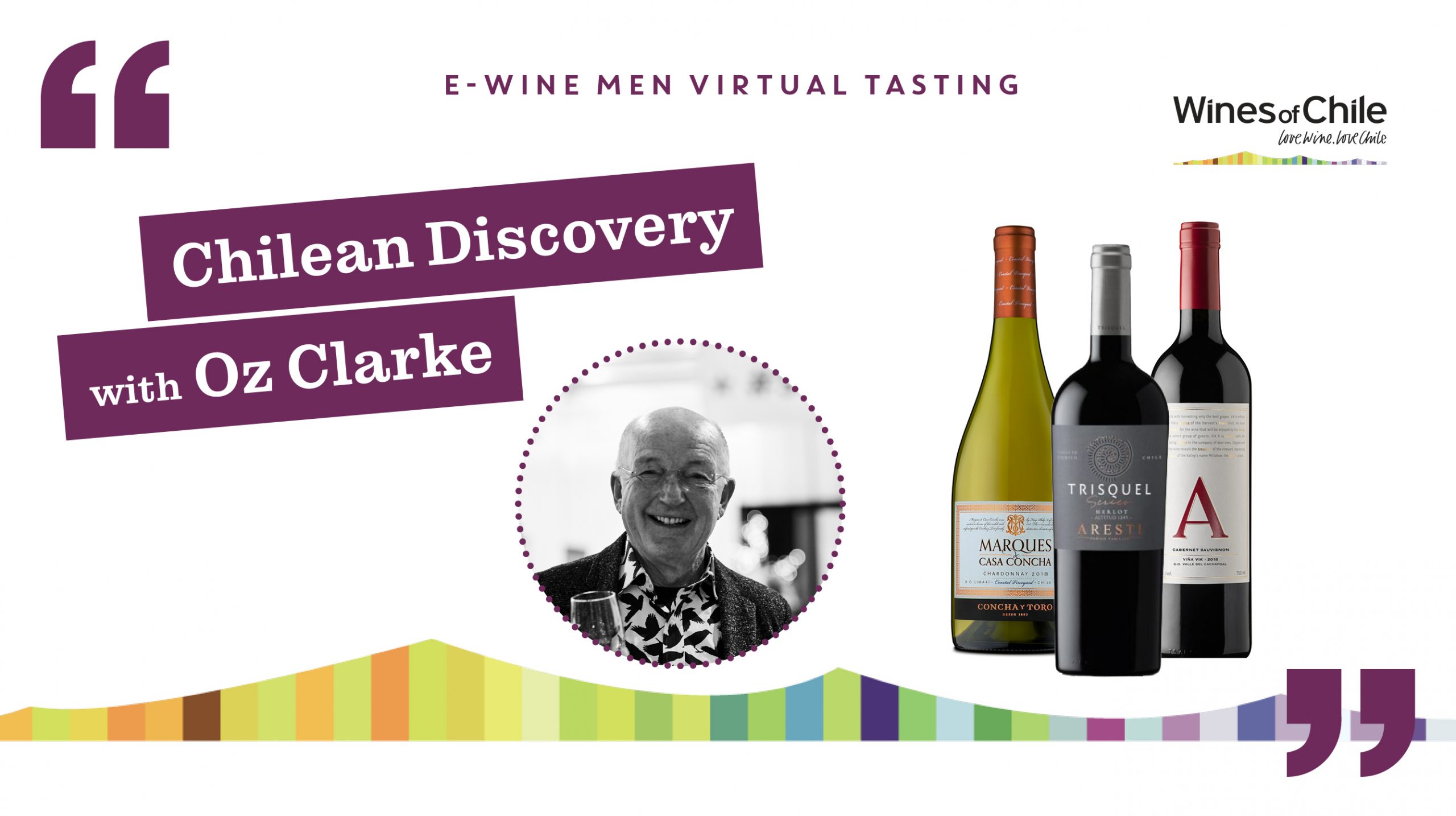 It was the sight of Christian Vallejo of Vik Winery which did it for me.  There was he in his shirtsleeves, dandling a glass of Cabernet, under the bluest sky the world possesses and, so it seemed, with the clearest air, the greenest vine leaves and the most beguiling mountain peaks in the distant heat. And here was I stuck in a damp, shivering London, the sky thick and dark as only January knows how – just pining to be out there in Chile with him.

My last two trips to Chile have been in January.  Do the wines taste more lovely because of the bitter grind of winter that we’ve left behind. Certainly, reading my travel diary, my mood is always positively giddy with enthusiasm. Does the country seem more beautiful, the people friendlier?  Well, maybe.  Chile would only be sharing such experiences with virtually every other ‘New World’ country visited in the dog days of our winter.  But my first visits to Chile were in the dog days of their winter. The country seemed just as special, even as the snows of the Andes tumbled almost into Santiago.

I was lucky enough to taste 30 Chilean wines a recently  – very welcome in lockdown.I tasted wines from the arid Atacama desert right down to the drizzly cool valleys of Bio Bio.  I tasted mostly reds ( though with some very good Chardonnays).  And I tasted some really tremendous, exciting wines from Syrah, Cinsault, Carignan and the great imponderable – Pais, Chile’s original vine, used and abused for hundreds of years.   But I kept coming back to how well Chile does the “classics” – Chardonnay, Cabernet and Merlot.  Marques de Casa Concha Chardonnay was a fabulous oatmealy Limari wine from Chile’s biggest wine company.  Aresti’s Trisquel Merlot was as true and honest and direct a Merlot as I can remember tasting – from a tiny, hidden 4-hectare vineyard high in the Andes foothills.  And Vika’s Cabernet was from Cachapoal, an area I thought I knew well, but this was from the Millahue side valley –  which I remembered as being forest wilderness.

Well, it was – until a Norwegian entrepreneur called Alex Vik decided to buy most of Millahue and plant a frankly superb vineyard there – from scratch.   This is important – because Chile used to be thought of as consistent but not imaginative. The modern Chile is as imaginative as any wine country could want to be. Vineyards used to extend for just a few hundred miles, north to south. Now they extend more like 1500 miles, and maybe further.

And this expansion is not just north to south. Chile is making a particular point of developing cool-climate vineyards along its extensive coast, sometimes right down to the Pacific edge, as well as searching for challenging, cool conditions in the Andes foothills. And finally, she’s making much better use of the great old vineyards that lie between the Coastal Range mountains and the Andes, especially in places like Curico and Maule.

It is January.  It is still bleak.  It’s not that easy to be cheerful.   But I feel a whole lot better this week for my tasting of Chilean wines.