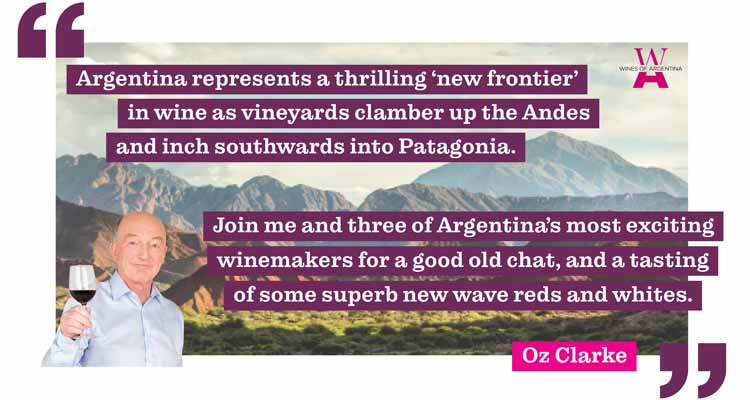 It’s awesome how quickly things can change in the world of wine.  It isn’t that long ago that Argentina was a great two-toed sloth hanging forlornly off the bough of the flourishing, multicoloured tree that was ‘New World Wine’. Chile was a bouncy, fruitful branch, Uruguay was a promising sapling – and Argentina wasn’t even part of the tree, just a lump of slow old flesh swinging lazily in the sultry air.

Ah, how different it is now.  It is true that Chile led the way in South America, and that Argentina was once content to produce vast amounts of hooch, almost all of which it drank itself. It is true that most of her vineyards were in the uninspiring,  easy-to-cultivate, easy-to-irrigate flatlands of Mendoza.   But there was a fantastic wine culture, often lost but not quite vanished, in the ancient vineyards that stretched up into the Andean foothills above and beyond the city of Mendoza. And there was a realization on the part of visionaries like Jose Alberto Zuccardi and Nicolas Catena that an export market had to be found, because the Argentines themselves were drinking less wine each year. In which case the fabulous potential of this impressive country’s vineyards had to be realized.

I didn’t make my first trip to Argentina till 1998. I’d been a wine guy for quite a while by then, and felt I knew New World places like Australia, New Zealand and California almost as well as the back of my hand.  It wasn’t a very fulfilling trip. The 1998 vintage was the wettest for a generation. I’m not sure I ever saw the Andes, whereas in normal times you can’t avoid their overbearing power and their addictive beauty.   But I did see glimmers of exciting things. I trecked up to the largely barren but potentially thrilling Gualtallary. I tasted appetising young reds from concrete and, occasionally, stainless steel, that had avoided being mauled to death by dirty wineries and miserable old wooden vats. And by heat. Air conditioning was NOT a regular winery occurrence.   And I met inspiring people like Jose Alberto Zuccardi, Susana Balbo, Eddie de Popolo and Nicolas Catena. They had the vision. And they had the determination.

Now, in 2020, just over 20 years later, Argentina can justly claim to possess a generation of imaginative, radical winemakers as impressive as any in the world. Argentina can claim to be as enthusiastic about uncovering and nurturing new wine regions, while passionately coaxing old ones back into vibrant life, as any country in the world.   Quite simply, Argentina is now pulsing with life, as its wine producers race to catch up with, and overtake, their rivals. It’s a thrilling ride. You wouldn’t want to miss it.

Oz is hosting a virtual tasting with his selection of Argentinian wines on 29th October. To book to receive the wines and taste along with Oz click here.

And to see Oz’ tasting notes for all 30 wines from Argentina he tasted through to select his top three to present at the tasting click here.