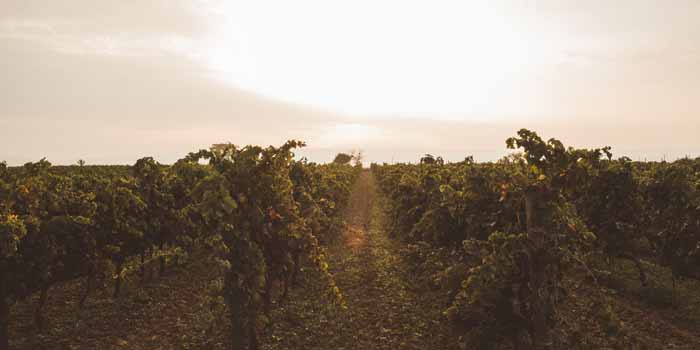 I was singing Leporello in the opera “Il Dissoluto Punito” at the Edinburgh Festival, and at the end of the show I got a message to go round to the Italian restaurant next door. So I did.  And I was faced with this bunch of swarthy Sicilians, downing pasta and Chianti in equally enthusiastic measure. “Sing”, they said. So I sang two arias – ‘Madamina’ and ‘Notto e Giorno’. “Eat”, they said. “Drink”.  So I sat down at their table and got stuck in.   And they told me they were from the Opera Massima in Palermo.  This had been my audition, fuelled by ragu and Sangiovese.  And would I like to accept the role of ‘Apprentice Buffo Baritone’ at the Opera House in Palermo – starting 6 weeks later? I just wasn’t quite brave enough. But if I’d gone, I don’t think I’d have come back. I think I would have revelled in the Southern Italian way of life, and I would be, to this day, a large, pink, sweaty, contented Irish-Sicilian Buffo Baritone, gargling Marsala to keep his vocal cords sweet.

When I finally did get to Sicily, I arrived via a cargo boat from Malta. I’d spent the night on deck, surrounded by goats and sheep arguing about what the rules of engagement were, and I crawled off the hulk at Siracusa to get a lungful of fresh air, grab some breakfast in the glorious Piazza Duomo and then slog up to the fabled Greek Theatre. Might I have sung there if I’d accepted the offer from the Palermo boys?

Nowadays I might well head south and west from Siracusa, to Noto, Avola, Ragusa and Vittoria, because this is the heartland of the great Nero d’Avola grape, which is proving itself, vintage by vintage, to be a European classic. I could go even further to the western end of the island, and gaze over the most extensive vineyards in the whole of Italy, which are now, at last, showing form at producing tasty, affordable white from grapes like Catarratto, Grillo and Inzolia.

But on that first day in Sicily, I was drawn north by the magnet of Etna, hitchhiking from one of Italy’s hottest cities, Siracusa, to one of its even hotter ones, Catania. And did I find exciting wines? Not really. I wasn’t looking. And I was too early. Etna is now a ferment of exciting winemaking, but it wasn’t then. The wines are mostly red, mostly dusty and bitter yet fabulously scented with rose petal, and with their rosehip and cherry fruit appetisingly tainted with lava smoke. But there’s white Carricante, too, helping to make Etna one of Italy’s most exciting wine areas. Along with much of the rest of Sicily. This is where wine began in Italy, long before Chianti and Barolo and Valpolicella. But it’s only in the last 20 years that Sicily has been able to say – we’re the original vineyard, we’re one of the most important vineyards, and, increasingly, we are one of Italy’s most enthralling vineyards.

If you have been seduced by the thought of Sicilian wine and pasta then why not join Oz on 5th November for his virtual tasting. Click here to have a wine and pasta pack sent to you so you can taste along with him.

You will receive the following three wines from The Wine People in the tasting pack plus pasta for two from Pasta Evangelists:

Purato Catarratto Pinot Grigio 2019
A delicious fresh, pale white showing the massive potential for such wines in western Sicily, when the grapes are grown properly and the wines are created sensitively. This has a come-hither scent of honeysuckle and a flavour of peach and apple, still scented with honeysuckle and sharpened up by lemon pith.

Santa Tresa Cerasuolo di Vittoria Frappato Nero d’Avola 2018
Two tremendous grape varieties working together here from organic vineyards in the far south of Sicily at Vittoria.  This is full, dry and mouthwateringly chewy on the tongue, with fruit that at first seems almost tart, like redcurrant or rowanberry, but then liquorice and menthol darken the flavour and slowly a deep blackberry warmth begins to assert itself.

Cortese Nero d’Avola 2016
A big, powerful example of top quality Nero d’Avola.  This is arguably Sicily’s finest grape variety and our example starts out almost haughty and reserved. But give the wine a little time in the glass – or decant it – so that the redcurrant and red apple fruit, the mint and the dried thyme herb, open out into a dark, warm creation packed with blackberry, black chocolate and spice. Very good now, it’ll be better in a few years.