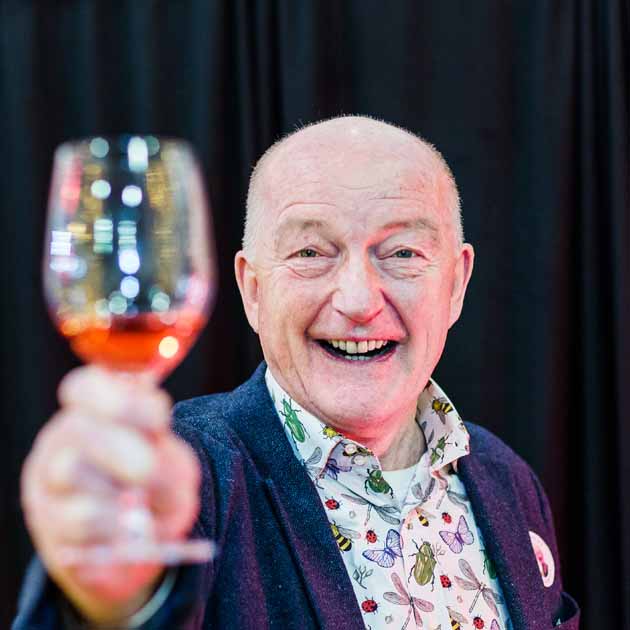 Ahead of our A World of Difference with Wines of Portugal tasting on 27th February at London’s Boiler House, Oz Clarke reminds us of the ‘superstars’ that could only belong to Portugal.

I hopped off a ship in Lisbon last summer – I didn’t have much time – just a few hours to remind myself of why Portugal is such a special place.  I walked from the dockside into the city – just a stroll, it’s that close.  The place was bubbling with people and activity – but no ill humour, no jostling, no hard words, no sense of me being a tourist ripe for the picking.  Just an old-fashioned welcome from an old-fashioned city which has managed to make itself one of the holiday hotspots of Europe without losing its soul.

And I stopped by several bars to see what casual drinking in Lisbon was like.  Local craft beer – that was something new to me.  And arrays of bright, fresh red and white wines. Modern? Well, yes, but only modern in that they were cleanly made and appetising to the tongue.  Not modern in that they could come from anywhere.  Portugal’s joy is that its wines COULDN’T come from anywhere.  They could only come from Portugal.

Our Grand Tasting of Portuguese wines is a wonderful chance to experience the thrill that is Portugal.  And for many of you it may be the thrill of something that is new.  Don’t be afraid!  I get the thrill of something new every time I dive headlong into a Portuguese tasting.  Regions flexing their muscles and coming up with new ways of expressing themselves. Estates I didn’t know which have taken the plunge by making and bottling their own wines for the first time. Grape varieties that I hadn’t ever tasted.

Portugal never bought into the wholesale conversion of her vineyards to those International superstars like Chardonnay and Sauvignon, Cabernet and Pinot Noir.  It had far too many potential superstars of its own.  And far too much pride to admit that any other country’s grape varieties could be better suited to Portugal’s conditions and state of mind then her own. Every vintage brings more mouthwatering vindication of this rock-solid belief in her own varieties and styles of wine.

The Portuguese describe their bewildering array of grapes as a Treasure Trove.  So join me in the Treasure Hunt for Alvarinho, Arinto and Encruzado whites; for Baga, Castelao, Trincadeira and Touriga Nacional reds.  And join me in hunting out the joys of her regions which run all the way from the misty northern tip of the country right down to the sunbaked beaches and headlands of her far South.