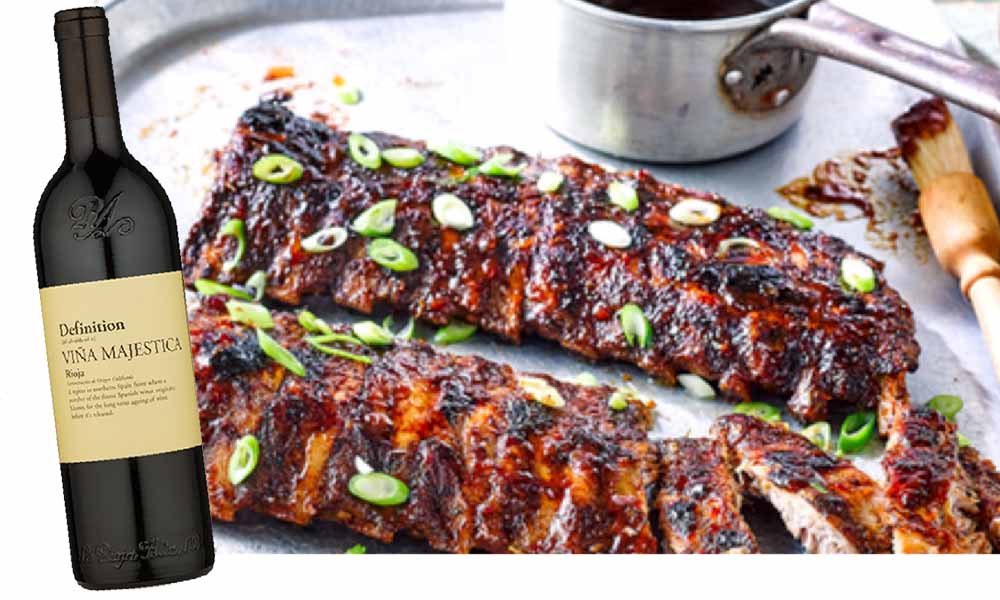 We are lucky to have a little garden and it was there that I made the two key discoveries that I’m going to let you in on, in the hope June and July turn out the same. Neither is revolutionary but they brought a lot of joy.

The first; our local butcher Holmansbridge Farm started knocking out deliveries of pre-marinated BBQ pork ribs that put my own efforts to shame. You’ll have something similarly brilliant near you. We hit those hard and regular for early evening dinners with little Bea. Ribs on the barbecue (oven more than great too). Beer in hand. Couscous with some roasted Mediterranean veg. A bit of chopping veg and roasting it and a boiled kettle for the couscous and that’s the whole prep. Served from one big bowl. Eaten with hands. Every one of us had a ball. We mucked around while it did it’s thing. I’ll remember them as some of the best recent days and do it again soon.

The second; Majestic’s Definition Rioja Reserva 2013. £11.99 (mix 6) gets you a wine that is both dangerously quaffable and ignites memories of some of the most incredible, mature European red wines I’ve had the luck to taste. It’s got enough bright, tight black cherry, blackcurrant fruit to keep the party going. But, it’s the layers of cedarwood and vanilla from the oak and then the gentle funk of mushroom and Ron Burgundy’s leather-bound books that make it so so good. It’s not heavy, it’s not rich, it’s got lovely zippy acidity and loads of character.

The two discoveries go together well but ribs or no ribs. I’m tucking into this mature gem and I hope you try it too.