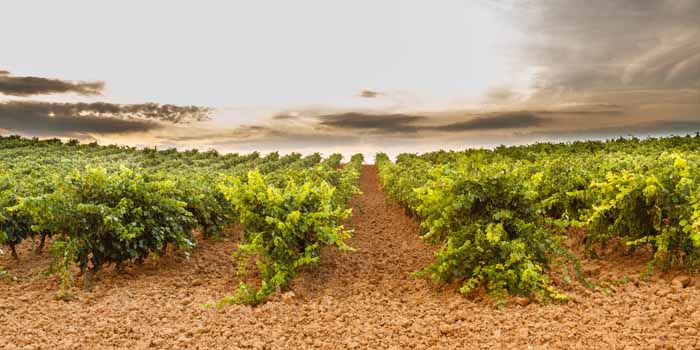 The Monty Python team once did a humorous sketch about an All-England Summarize Proust Competition, where contestants were required to capture the essence of A La Recherche du Temps Perdu, a notoriously long seven-volume French novel, in 15 seconds. They all fail. Summing up the wines of Castilla y León in a few hundred words is equally daunting, but here goes.

Covering the northern half of the central Spanish plain known as the “meseta”, Castilla y León is not the country’s largest wine region – that “honour” belongs to Castilla-La Mancha, with which it is sometimes and mistakenly confused – but it is definitely among the most diverse, encompassing DOs as varied as Bierzo, Cigales, Ribera del Duero, Rueda and Toro under a single banner, as well as a range of Vinos de la Tierra.

The Duero River is one of the key features of this beautiful landscape. Add in a range of soil types, different altitudes, aspects and traditions, as well as a high percentage of bush-vines and you have the ingredients for a wide range of aromas and flavours. Even the climate – famously dry, continental and Mediterranean, with hot summers and very cold winters – is more varied than people imagine. Bierzo, close to Galicia, is very different from Toro, not far from the Portuguese border, a contrast that is reflected in the styles these two DOs produce. And never forget that Spain’s most successful white wine area, Rueda, is located here too.

Tasting 30 wines from Castilla y León was a fascinating experience (see Tim’s tasting notes for all here). There were one or two familiar names among them, but most were new to me, encompassing an intriguing range of reds, whites and rosés. In the end, I whittled the choice down to half a dozen wines. Given that the region’s two dominant grapes are Tempranillo and Verdejo with, respectively, 37,000 ha and 12,500 hectares out of a total of 69,970 hectares, it is no surprise that both feature in my selection.

My two Verdejo picks are very different indeed: one is an oxidative style aged in American oak barrels that wouldn’t look out of place in a line up of traditional white Riojas, while the other is made from a very rare clone called Malcorta and has no wood influence whatsoever. Both show that Verdejo is a protean grape.

I chose two varietal Tempranillos as well, one from Toro, where the grape is called Tinta de Toro, and one from Ribera del Duero, where it is known as Tinto Fino. Both are made with fruit from old vines. These two regions share a river but make very distinctive styles. The Toro is a fuller-bodied red, as you’d expect, yet shows good underlying freshness and balance, while limestone-derived brightness is a feature of the Ribera from vineyards at 900 metres.

If those two wines are comparatively dense, with good further ageing potential and the stamp of their respective vintages in 2014 and 2015, the remaining two wines are lighter in style, if not necessarily in alcohol. Mencía is the common thread between them. The first is an old-vine example with the violet perfume that’s typical of what the grape delivers in Bierzo, red fruits and tangy acidity framed by subtle oak, while the second is a blend from the little-known DO of Arlanza, combining mostly Tempranillo with some Cabernet Sauvignon and Mencía. It’s spicy, chalky and deftly oaked, very much in a modern style.

The best place to enjoy these wines would be in the region itself, possibly in one of its most beautiful cities, such as Salamanca or Segovia, or failing that in the middle of a vineyard contemplating a vista that includes vines, olive trees and maybe even the odd Medieval castle. I don’t know about you, but Castilla y León is high on my bucket list once life returns to normal.

Tim will be hosting two virtual tastings with a delicious range of wines from Castilla y León on Thursday 12th November and Thursday 10th December.  Click here to sign up to the Three Wine Men enewsletter at the bottom of the homepage to hear about how to book.